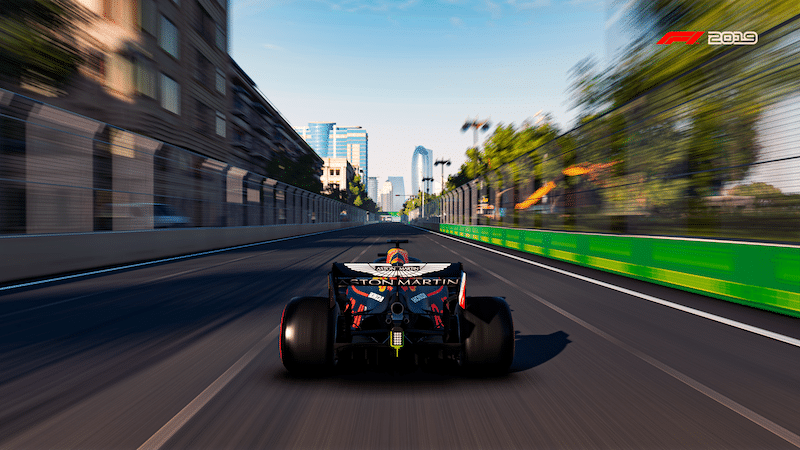 During Covid-19 lockdown, Valentino Rossi and Pecco Bagnaia, like many other athletes, decided to try their hand at Sim Racing.
Not only: during the pandemic, NASCAR and Formula 1 organized Sim Racing competitions to interact with their fans and entertain them. The 24 Hours of Le Mans has also moved online.

Results were great: the Formula 1 Virtual Grand Prix attracted over 30 million spectators over 8 races, NASCAR, in the United States, averaged 1.1 million spectators per race, thus breaking the audience record for a TV broadcasted eSports competition. The virtual 24 Hours of Le Mans saw 50 teams compete and was followed by over 63 million people.

Sim Racing is a very valuable ally of Motorsport, such that FIA has started to take an interest in it for several years, but the pandemic and the forced transition to digital have accelerated the process.

But, exactly…what does Sim Racing mean?

WHAT IS SIM RACING?

Sim Racing (where “Sim” stands for “Simulated”) is a virtual motor sport, as well as an eSports discipline, electronic sports officially recognized as a sporting activity by the International Olympic Committee, which simulates sports car racing.

The simulator accurately reproduces the variables that can affect the progress of a race, such as weather conditions, tire grip and wear, fuel consumption, possible damage and much more, to guarantee an experience as realistic as possible.

Drivers compete by driving official cars, on exact reproductions of real circuits and must respect the same rules as traditional races in order not to incur penalties or disqualifications.
We’ve explained what Sim Racing is, but we can also tell you what it’s NOT: a computer trivial game.

In fact, thanks to virtual races, players learn, having fun, the basics of safe driving in more than realistic conditions and for professional drivers race simulators represent a real training.

During the lockdown, the world of “real” motorsport was forced to stop and Sim Racing played a key role in keeping the attention on the four-wheels world.

America prevailed in a field that already belonged to it, thanks to iRacing and the championships organized on this platform, but the entry of drivers well known to the public also in Europe has helped to turn the spotlight on what, up to a few months ago, it was still considered a niche world. Lando Norris, Max Verstappen, Charles Leclerc, Alex Albon and George Russell are just some of the prestigious names involved in Sim Racing.

The eSports sector is constantly growing, dominated by a young audience and with a huge level of engagement, thus representing an unmissable opportunity to introduce the world of motor racing to a brand new audience.

The recent Formula 1 Virtual Grand Prix has also shown how much it’s possible to involve fans in a much more personal and direct way, as well as reach a large slice of spectators. On this occasion, drivers were able to interact spontaneously and in a playful way with their fans, showing them all their personality.

According to analysts’ predictions, the eSports market segment should have exceeded one and a half billion dollars in 2020, before the Coronavirus emergency.

According to a recent survey, over 43% of motorsport fans are interested in the virtual counterpart.
Globally, eSports boast an audience of 380 million viewers, which makes them more popular than many Olympic disciplines.

The Indycar virtual races were broadcast live on NBC for the United States and Sky for Italy, while the virtual Formula 1 was broadcast on both Sky and FOX Sport.

Given the large numbers of the sector, many companies have decided to diversify and expand their business by investing in Sim Racing and more and more professional teams from the real world have decided to try their hand at this electronic sport, creating teams made up of both real and virtual pilots. These include Williams Martini Racing, Ferrari, Mclaren, Renault, BMW, Ford and Porsche.

When we talk about Sim Racing we’re talking about a reality capable of receiving numerous consensus from the public, as well as offering great and immediate visibility to its investors, with much lower costs than those needed for offline competitions.

💡 INSTITUTIONAL SPONSORSHIP
Customization of the car with company logos and colors.
Participation in competitions of primary importance.
Depending on the budget, the possibility of having the best drivers in the world.

🇪🇺 PHYSICAL LOUNGE CREATION IN NORTHERN EUROPE
In these countries there’s a great attention for car racing, especially for Rally.
The anti-Covid rules guarantee, by passing the checks, the aggregation for 10 stations (1 top driver • 9 guests of the sponsor).

🏎️ Virtual guests will be able to race alongside the driver, directly from their homes.

🌐 Creation of a marketing event with unlimited potentiality and visibility.

Wanna know more? Contact us! Our team is at your disposal and will be happy to provide you with a completely free consultation!